Who was Erik Waller? 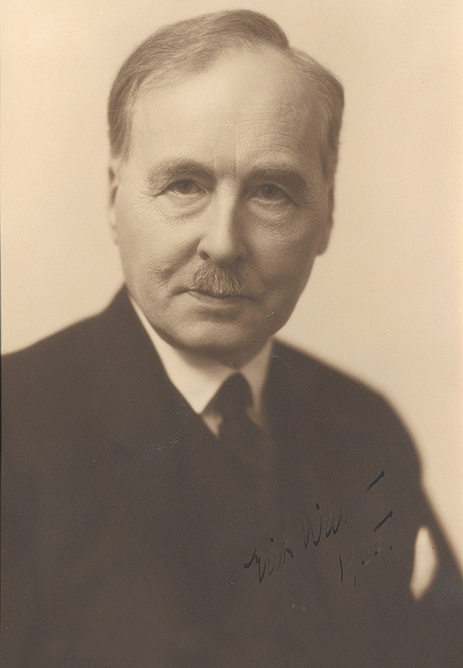 Erik Waller (1875-1955) is internationally famous as possibly the world's most famous book collector in modern times. He started as a young man to collect documents and books that related primarily to medicine and the history of science.

Erik Waller was born in Önum in Västergötland on the 29th November 1875. After completing his studies at school in Skara in 1894 he enrolled in Medicine at Uppsala University whence he graduated in 1900. He went on to post-graduate medical studies at the Karolinska Institutet until 1905. On finishing his studies he practised as a surgeon in various parts of Sweden before returning to his home province in 1909 where he worked in Lidköping until his retirement. He then moved to Stockholm and was the librarian at the The Swedish Society of Medicine between 1940 and 1946. In 1951 he returned once again to Lidköping where he died on the 28th Januari 1955.

This brief description of his life however says nothing about the burning interest that virtually consumed the whole of his waking life, namely his passion for collecting and his love of manuscripts and books. It is said that guests invited to his home for a dinner or drinks would notice after a while that their host had disappeared and the guests were left to their own devices. Waller had meanwhile withdrawn to his library.

With book after book, he managed to accumulate an invaluable collection of over 20,000 titles. It gained international stature with the publication of the catalogue entitled Bibliotheca Walleriana, compiled by the librarian Hans Sallander shortly after Waller's death in 1955.

Not so well-known but of no less value to scholars is Waller's extensive collection of manuscripts, letters and similar documents written by doctors, scientists and other cultural personalities from various eras, his Manuscript Collection. Clues to how Waller managed to acquire these valuable manuscripts, that number around 38,000, can sometimes be found in his own correspondence. His network of contacts, both in Europe and in America, was astoundingly wide-ranging.